Over the past 9 months, the CRG.BMD team has been involved with the following Rare genetic disease studies. The results, when published, should shed light on these disease in the Indian context

Background
Over the past two years, physicians at the KS Hegde Hospital noticed an unusual number of pediatric patients coming in for cleft palate surgery. These patients also had other symptoms including deformities of the ears, eyes, cheekbones and chin and hearing loss in a few patients, characteristic of Treacher Collins Syndrome (TCS). TCS is a rare (1:50,000 occurrence in Europe) disease which is inherited in 40% of cases in an autosomal dominant manner. Most patients have mutations in the TCOF1 (Treacle) gene, but more recently mutations in the POLR1C, POLR1D and EFTUD2 genes have also been implicated. Most patients have mutations in the TCOF1 gene, the protein product of which is involved in ribosome assembly in the cell. Based on the clinical findings, we sought to confirm the clinical diagnosis of TCS in these patients using a genetic approach.

Methods
Blood was drawn from eight consented patients, their parents and other affected members of the family (a total of 24) and DNA isolated for whole exome sequencing (WES) analysis. Clinical data was documented for each patient as well.

Results:
Six of the eight patients analyzed demonstrated novel frame shift mutations in the TCOF1 gene, of which five patients had inherited disease while one had a de novo mutation. The other two patients who lacked mutations in the TCS causal genes (TCOF1, POLR1D, POLR1C, EFTUD2) are currently being analyzed for potentially novel TCS gene mutations, or mutations associated with TCS-like syndromes.

Conclusions:
We have identified a cluster of TCS patients in unrelated families from the South Karnataka- Northern Kerala region of India. This finding is significant as very few case reports have been recorded thus far, making this the largest single report of TCS patients from India to date.

Background
On her visit to the northern Indian state of Uttar Pradesh, one of the CRG.BMD team members came across a family with a young boy who had been clinically diagnosed with Lesch-Nyhan syndrome (LNS): a rare disease first described in 1964 at Johns Hopkins University in the US. LNS is a very rare condition which affects 1:380,000 live births in the US and less than 10 patients have been described in India so far. It is an X-linked disease caused by mutations in the HPRT1 gene which results in deficiency of the hypoxanthine-guanine phosphoribosyltransferase (HGPRT) enzyme, which in turn leads to a buildup of uric acid in all organs of the body including in the blood and urine due to reduced purine utilization. The disease is associated with severe gout, kidney problems and moderate intellectual disability. A defining feature of this syndrome is the tendency of the patient to self-mutilate. Thus far, no cure has been found for this condition, although many patients live to be adults. A genetic confirmation of LHN was therefore required for this patient to rule out other syndromes with some overlapping symptoms including idiopathic mental retardation, autism, Tourette syndrome and Cornelia de Lange syndrome

Methods and Expected Results:
Clinical documentation and blood samples have been collected from the 12 year old patient and his parents. DNA extracted from the samples will be subjected initially to PCR amplification of the 9 exons of the HPRT1 gene followed by Sanger sequencing. If no mutation is found in the coding region of the HPRT1 gene, other more intensive Next Gen Sequencing protocols, WES and later WGS, will be used to identify the causative gene and variant in this patient, and his mother. We have however discovered that the mother of the patient has had elevated blood uric acid levels and has suffered pains for a long time. Given that LNS is an X-linked disorder, mild LNS symptoms in the mother could predict a mutation in the HPRT1 gene in both the mother (carrier) and in the patient. This possibility remains to be confirmed.


An L-Leucine-rich diet in the clinical response of a patient with Ghosal hematodiaphyseal dysplasia (GHDD): a bench to bedside story

Case Report:
An 18 month old male child presented with fever, a history of anemia (Hb: average 5.8g/dL). Besides anemia, his CBC was normal and his peripheral blood smear indicated normocytic anemia. In addition the young patient presented with progressive pallor and bowing of upper and lower extremities, mild splenomegaly but no hepatomegaly or lymphadenopathy was observed. Radiologic findings indicated widening and thickening of long bones, cortical thickening, coarse trabeculae and endosteal sclerosis. Bone marrow examination revealed thickened bony trabeculae, fibrotic marrow spaces with entrapped hematopoietic cells with a predominance of mononuclear cells. Since the diagnosis of this patient seemed unclear at the time, he was given a packed cell transfusion, treated with prednisolone and discharged. Subsequently, a homozygous mutation in the TBXAS1 gene was identified in this patient. While the child was born of non-consanguineous parents, both parents were found to be heterozygous for this mutation. Based on this genetic data, the boy was diagnosed with the extremely rare- Ghosal Type Hematodiaphyseal Dysplasia (GHDD; OMIM 231095),

Background:
GHDD was first described by Ghoshal about three decades ago in Kolkata, India where five patients were described with diaphyseal dysplasia and refractory anemia. It has been described as a rare autosomal recessive disease caused by mutations in the TBXAS1 gene leading to deficiency of Thromboxane-A synthase which is involved in the synthesis of Thromboxane A2. It has been suggested that decreased Thromboxane-A synthetase leads to elevated levels of prostaglandin E2, which likely suppresses erythroid precursors in the bone marrow, resulting in refractory anemia. GHDD patients have been treated with blood transfusions and also with low-dose corticosteroids. While most patients respond well to steroid treatment, it cannot be used in the long-term. Previous studies from our team and others had shown that the amino acid L-Leucine alleviates both anemia and developmental defects in a both humans and in a zebrafish model of another bone marrow failure syndrome: Diamond Blackfan anemia (DBA). Based on these studies, the patient was put on a high Leucine diet

Treatment:
Over a period of six months the patient was weaned off steroids in a stepwise manner. His diet was supplemented with 25g of Milk powder (Nestles Everyday) twice a day ( ~1.8g L-Leucine/day). Changes in Hb levels and growth parameters were measured every three months

Outcomes and conclusions:
The GHDD patient responded well to a Leucine- rich diet as measured by normalization of Hb (5.8 to a steady 11.0g/dl) and bone structure over six years, with no steroids supplementation. The child now leads a normal life of a healthy 12 year old!

Studies over the past several years have demonstrated the knowledge and expertise that both co-founders have gained in the areas of Rare genetic diseases and bone marrow failure syndromes. A selected list of publications attest to these achievements. 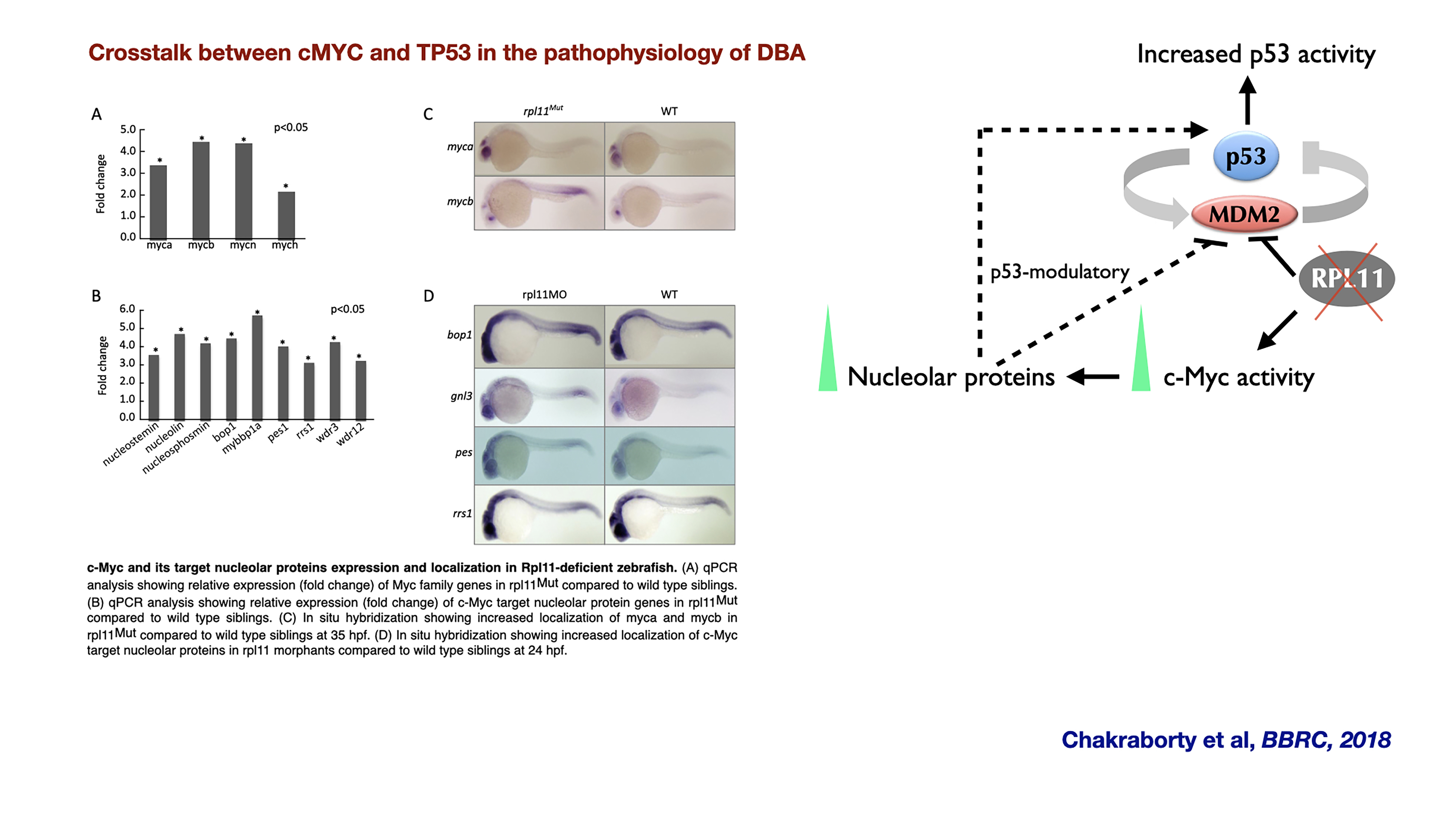 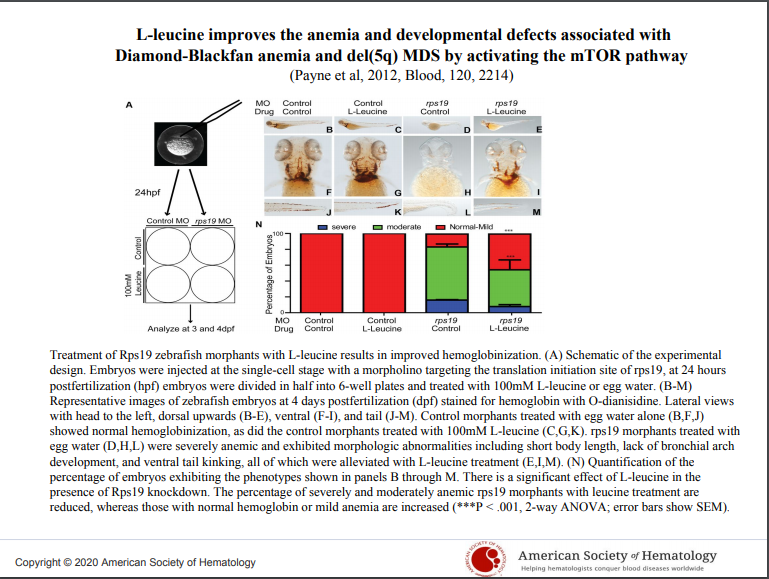 If you are a clinician or a scientist working with any of these conditions and are interested in joining us, please REGISTER ONLINE through the site. We shall confirm your registration through email and provide you with the necessary details about how to collect samples and how to send them across to us.

Bringing together clinicians and researchers under one platform to improve clinical therapies and outcomes for the patients.